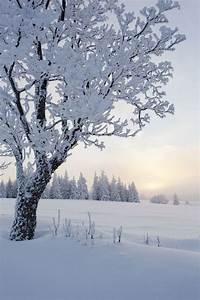 David "Poppy" Lake was born August 13, 1941 in St. Louis to loving parents Ralph and Marjorie Lake where he enjoyed an idyllic childhood amidst the rowdy companionship of a closeknit but large circle of friends. Those little boys spent their early years traveling the local creek for frogs, crawdaddies and tadpoles. Waged "wars" from their crude and terribly constructed "forts" out in the woods, spent hot and uncomfortable nights in a local treehouse where a small cashe of distinctly immoral magazines were stashed, road their bicycles everywhere all tricked out with clothespins and deckcards and horns to create a noise disturbance, and generally drove their mothers to distraction with the usual assortments of broken bones, cuts, scraps, and poison ivy outbreaks.

During their years at University City High School, this same tightknit cadre began calling themselves "the Syndicate", graduating from the aforementioned pursuits to chasing girls, buying cars, pranking unsuspecting faculty members, smoking cigarettes, dressing to impress, and just generally "being cool". They were quite popular with the student body but held in high disregard and disdain by their school principal. During his senior year David was voted "Cutest Boy" to both his embarrassment and pride.

World travel sponsored by the U.S. Army led him to Nuremburg, Germany and then eventually back home to St. Louis where he finished college and joined IBM where he enjoyed much hard earned success and made new friends around the world.

In 1984, David married the love of his life Carla and for 36 wonderful years, their lives were full of love, laughter, joy, appreciation and gratitude to God for all the many blessings bestowed upon their married life. Carla said it was an honor and privilege to be able to care for Poppy when he needed her the most and she did it with quiet strength, compassion, gentleness, and fierce loyalty.

He leaves behind his big brother Tommy and his beautiful wife Helen of 54 years as well as their four children, Kristen, Stevie, Kevin and Matthew and their spouses, Jason, Julie and Carmen and lots of grandchildren. Poppy will especially miss his daily conversations with one of his best buddies, retired Colonel Bill Longarzo with whom he played really bad golf. But at least the many lunches they shared together were pretty good and the conversations were always lively and interesting. He leaves behind the surviving members of "The Syndicate" who have continued to love and support one another throughout the decades with unwavering faith and amazing grace. Poppy has been reunited with those members who passed on before him which provides us all with comfort and peace.

He also leaves behind his beloved and dear friends from Fairway with whom he shared many a cocktail, a couple of epic Beef, Booze and No Broads dinner events, an impressively immense amounts of laughter and fun and really awful neighborhood board meetings. He's going to miss being able to share his yard tools with y'all as well as his new snowblower of which he was so proud but that pales in comparison to the joy he's experiencing in Heaven with the sweetest lady to ever live in Fairway, our beloved Helen Leet. He also leaves behind an extraordinarily kind, supportive, generous and loyal group of men in Danville (the Toy Box Deli Coffee Group) who supported Poppy in the best way possible with their daily visits to his home when Poppy was no longer mobile. Those daily visits sustained Poppy and lifted his spirits and touched his heart. Thank you Sarah Jane and Eddie for making Poppy's inclusion in this group of wonderful men a possibility.

And last but not least, Poppy will be there to greet Uncle Tommy when the sun sets on his life. He loved and idolized his big brother Tommy. And to his favorite niece Kristen, he will always be there watching over you from above. Always & Forever.

A Mass of Christian Burial will be conducted at the Cathedral of Christ the King in Lexington, Kentucky on November 19, 2019 at 11:00 AM with a reception to follow.

To send flowers to the family or plant a tree in memory of David Martin "Poppy" Lake, please visit our floral store.