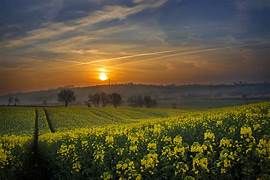 Arnold B. Marshall died peacefully at his home surrounded by family following a prolonged illness.  He was born the son of the late Roy and Mabel Dyer Marshall.   He was the beloved husband of Bess 'Bet' Sallee Marshall and the devoted father of, the light of his life, Rebecca Sallee Marshall Roush.  He was the father-in-law of James 'Chip' Roush.   He was preceded in death by his parents; his in-laws Claude Sr. and Ellis Sallee; his brother Paul Marshall; brother-in-law Claude Sallee, Jr.; nephews Barry Marshall and Mark Collins.

A retired educator, he served as Principal and Assistant Superintendent in Boone County Kentucky, and Superintendent of Schools at Unit District #335 in Illinois.   He served in several educational organizations including President of School Administrators Association in Northern Kentucky and Central Illinois.  He was an Education Advisor to the Governor of Illinois and to the Governor of Kentucky.   He served on panels, and chaired committee meetings when he attended state and national meetings of Educational Administrators.   He was a member of Kappa Delta Pi.

He also served at various times in many civic and community organizations:  YMCA Board of Directors, The Lions Club, The Kiwanis Club, Board of Directors for Central Kentucky Red Cross(Chairman).  He was a founding member of the Boyle-Mercer Helping Hands Association, serving as Chairman for several years.   He was a long time member of the Methodist Church and served faithfully on committees and boards in both Kentucky and Illinois.   He helped transport the Methodist youth to various places and supported their many endeavors.

His last position as Educator was Principal of Boyle County High School in Danville.   After retiring from Education, he was appointed by the Governor as Secretary of Tourism, a position he held for over four years.

He was known for quietly helping others, especially those less fortunate.   He was a "people person" and had friends from all walks of life.

We will always remember him as someone devoted to his family, as a man of extreme kindness and generosity to others, and as one who cherished friendships.  He had a strong faith and a love of life.  Today, we celebrate him.

To send flowers to the family or plant a tree in memory of Arnold Marshall, please visit our floral store.