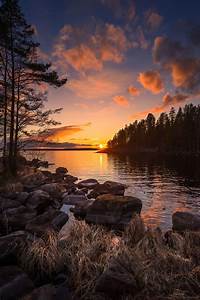 Robert Clarke Tamme, 88, died Wednesday, December 17th at his home on his beloved farm. He was born in Danville on June 20th, 1932, to the late Jesse Sr. and Nell Pritchett Tamme. Bob was a graduate of Parksville High School where he was a stand out basketball player. He was a player on the Southern Belle  Softball team that won a state title and played for the world title in Toledo, Ohio. He was an avid sports enthusiast.

He voluntarily joined the Navy and served four years in the Korean War. He scored in the top 20 out of thousands of boot camp enrollees on his math and clerical skills.  Because of this he was sent to a communication school in Bainbridge, Maryland to become a signalman and quartermaster on ships in Korea. He was taught Morse code by flag and light. One of the islands he worked supplying was above the 38th parallel. He was one of the few sailors that was promoted to 1st class petty officer in less than four years.

He was a lifelong farmer and owner of Bob Tamme Farms. He enjoyed spending time at the stockyards buying cattle for family and friends. He was Chairman of the Board for the Boyle County Agricultural Stabilization and Conservation Service for 18 years. He was a past President of the Cattleman’s Association and a member for many years. He was on the Advisory Board of the Bank of Danville and Trust Company and a lifelong member of SS Peter and Paul Catholic Church.

He loved the beautiful front yard of the home on the farm, where many activities took place. From bank picnics, conservation office yearly meetings, as well as wedding receptions for all three daughters and countless parties for his kids and their classmates. Many Boyle County High School kids worked on the farm during summers to make extra money. It was a place of love and an ideal setting to raise his family.

He is also preceded in death by a brother and sister in law, Jesse, Jr. and Ina Jane Tamme.

Special thanks to his four caregivers who took care of him as if he was their own Dad. Thank you Daphne, Tina, Angie and Carrie. Thank you to the best home health nurse, Dana.

In lieu of flowers, memorial contributions are preferred to Boyle County High School FFA in memory of Mr. Tamme.

To send flowers to the family or plant a tree in memory of Robert Tamme, please visit our floral store.

You can still show your support by sending flowers directly to the family, or by planting a memorial tree in the memory of Robert Tamme
Share a memory
© 2021 Preston Pruitt Spurlin Funeral Home. All Rights Reserved. Funeral Home website by CFS & TA | Terms of Use | Privacy Policy